Order now with Instant Setup.  All orders come with the maximum players of 54 and in Fleet mode. You can choose all of the other game modes but the default server when ordering will be Fleet 54 players.

Why Choose Our BlackWake Server Hosting?

Become the Ultimate Pirate and take full control of your crew.

If an update comes out, you can simply click the Steam update button to have your server checked and updated. 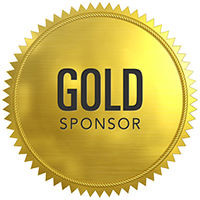 If you are a clan or a community manager - Renting a BlackWake Server will automatically make your community eligible for sponsorship offer. Please submit your community website for review. 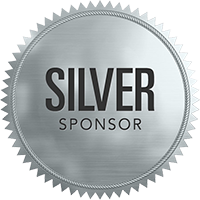 Man the cannons and fire off coordinated broadsides with other players to sink the opposing ship. You will fight as a crew of up to 16 real players on a ship led by another player that has been voted as captain. Modes can have up to 54 players in a battle!

Coordinate and cooperate to be efficient and be a devastating crew

If you're part of the crew, you may help the ship in any way you see fit without being forced to a role. You can be the part of the gunnery crew by loading cannons and firing at the enemy, or be the master of repairs and help keep the ship afloat by patching holes in the ship, repairing sails, or pumping out water. Help keep your ship's fire power up by running supplies for your fellow crewman, or even board an enemy ship and conquer it!

Issue commands to your crew, keep the coordination flowing as to which side to be at the ready, focusing on repairs or boarding the enemy! You can order which sides of the ship you want loaded with what, and motivate them until victory or death. Captain nominations occur at the start of the round and captain ratings improve or worsen depending on your success or failure.

Ranging from a traditional duel style 1v1 ship deathmatch all the way to a 3v3 deathmatch of various ship sizes, you will be tested as a captain, your coordination with other captains, and as a crew. Weather will change with each round, spanning from a calm day with islands to a heavy storm in the open ocean. More game modes are planned to come in free content updates to make sure things stay interesting!

There are multiple voice chat channels to keep coordinated, global, crew, faction, and proximity. Tell the powder monkey next to you, to fill yer' crate or the friendly ship's captain to come to your aid. Aside from voice channels there are also crew commands that are extremely helpful to people without microphones. You can expect the crew with the best communication and cooperation to win!

Customization as both player and yer Ship

Name your ship, change its colors and make it known in tales told. Change your appearance and outfits to display your skill, time played and persistence as a fellow crewman.

Have any questions? ask us now

Test our support. We are fast!

It is the passion for performance and quality for the game experience which sets us apart from the others. We are hardcore gamers ourselves with over 15 years of expertise in the industry. We provide our services as if we are creating our own to play on and enjoy the games we love, and this is why we try our best to provide you with the most flexible and accessible server customization so you can feel home playing on your game server.